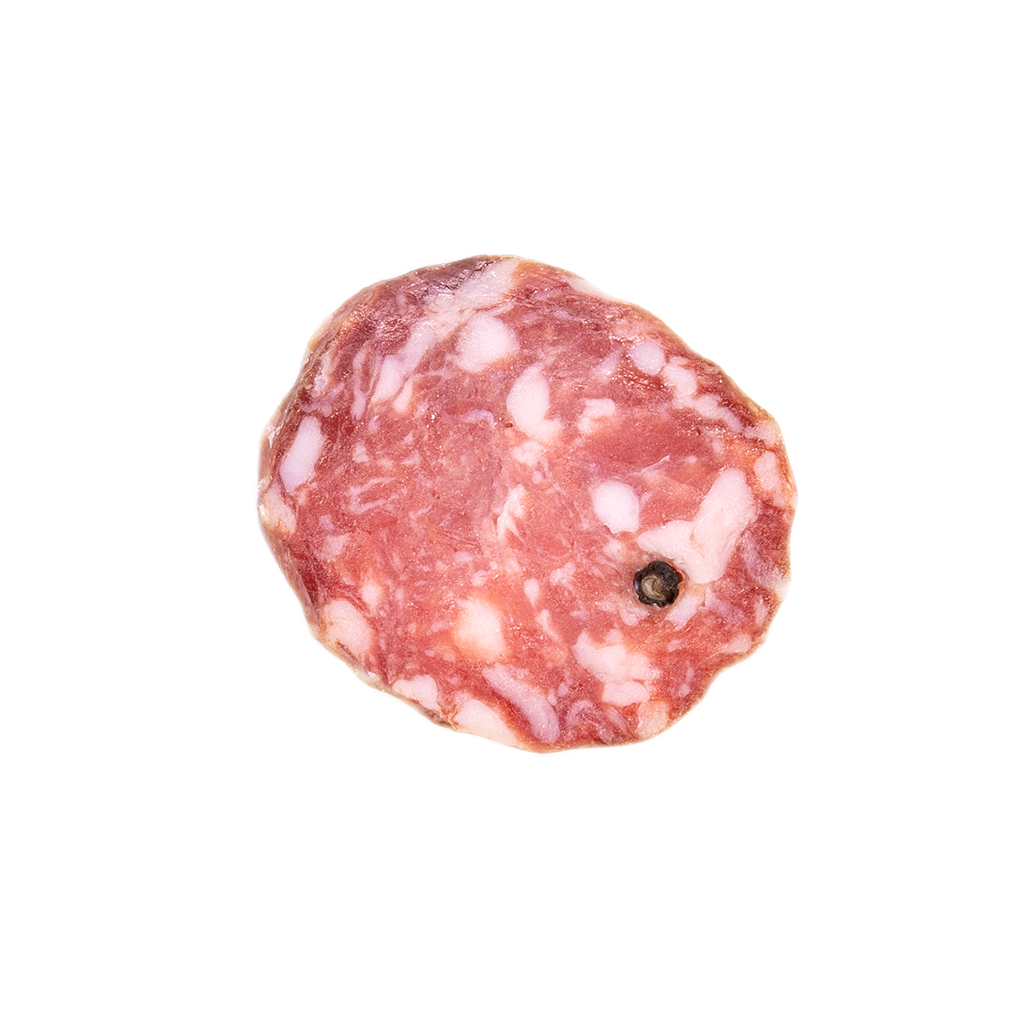 The salami called “Napoli” is really produced everywhere in Campania, and it has many characteristics similar to Salame di Mugnano del Cardinale, amongst which, that it was historically considered such a high quality merchandise that it was used to pay for professional work and eaten during celebrations. This use made it a precious good to which many precautions were dedicated to maintain intact the flavour and genuineness of the meats. These have becomes with time part of the production, fumigation and aging techniques that have been passed from father to son. To prepare this salami only the cuts of meat that come from shoulder, leg ham, neck and loin are used. They are cleaned by removing the flabby fat, and the bigger connective parts. The fat used has to be the hard fat and the bacon. The fat can’t be more than 24% of the whole mixture and natural intestine must be of pig. The transformation and aging are done following traditional methods and the drying and aging have to be done in ventilated places. While drying the salami is also smoked. The minimum aging time changes according to the size but it is never less than 30 days.